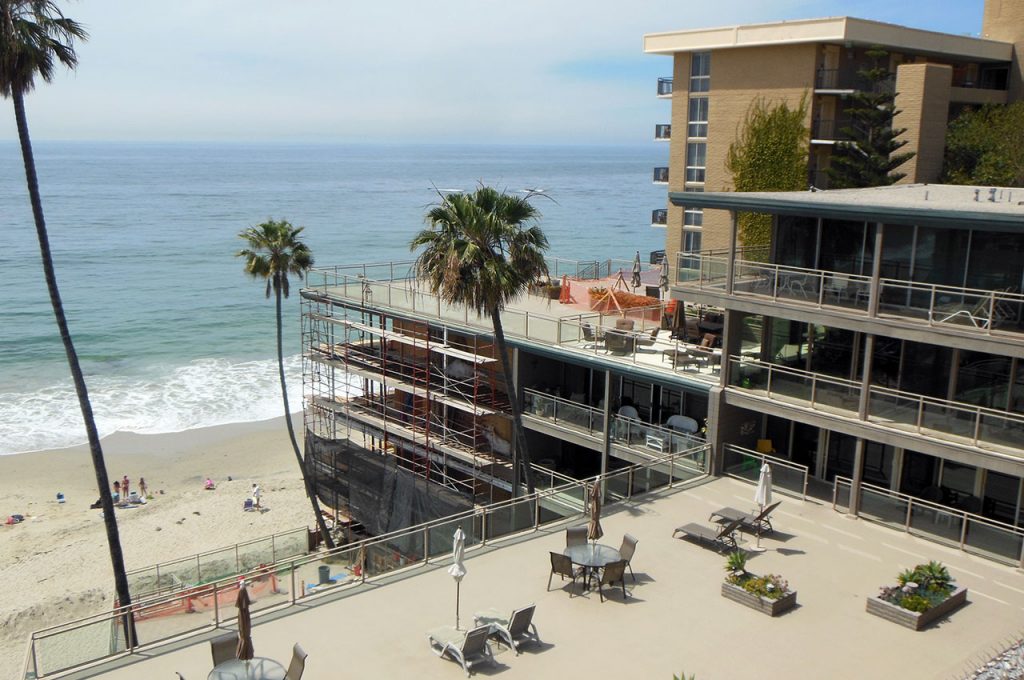 A loud bang and thud was the only notice before the beach wing of the Laguna Sands building collapsed. The building was stabilized and a team of engineers developed a plan for the repair. Recognizing the importance of quickly and properly repairing the condominium building, the Association hired PCA to construction manage the emergency repair work. To properly stabilize the Laguna Sands building, foundation contractors had to install caissons and construct new foundation components mere feet from breaking waves. Groundwater made a difficult task even harder. Once the foundation work was completed, portions of the lower building frame were repaired and the four story building was lifted back into place.

A key task was to remove and cataloguing key structural components so they could be further analyzed and studied. Other tasks included coordination with the design team, contractor, homeowners, and the City of Laguna Beach. After dealing with unruly waves which in seconds filled in excavations that had taken days to prepare, and countless hours of very technical work, the project was completed on time and on budget.